It should come as no surprise that an organization driven by technology measures the use of that technology on a regular basis. The chart below is one example of the reports that cross my desk and it’s a good indicator of Hixny’s efforts over the last year or so.

This simple chart shows the number of times you, our users, have pulled data from Hixny in the past year. In January 2018, we saw 47,000 pulls—our highest January ever. That’s been followed by our highest February and highest March on record.

The chart below represents a moving average of pulls within 12 months.

I’ve written before about our ongoing efforts to listen—and respond—to your interests and concerns. As a result, we’re working to speak even more clearly about Hixny’s value and ability to help you save time.

We see these usage numbers as a reflection of growing understanding about the tremendous resource Hixny provides for our region. As we continue our efforts, we anticipate seeing these numbers continue to grow throughout the year. Thank you for working with us! 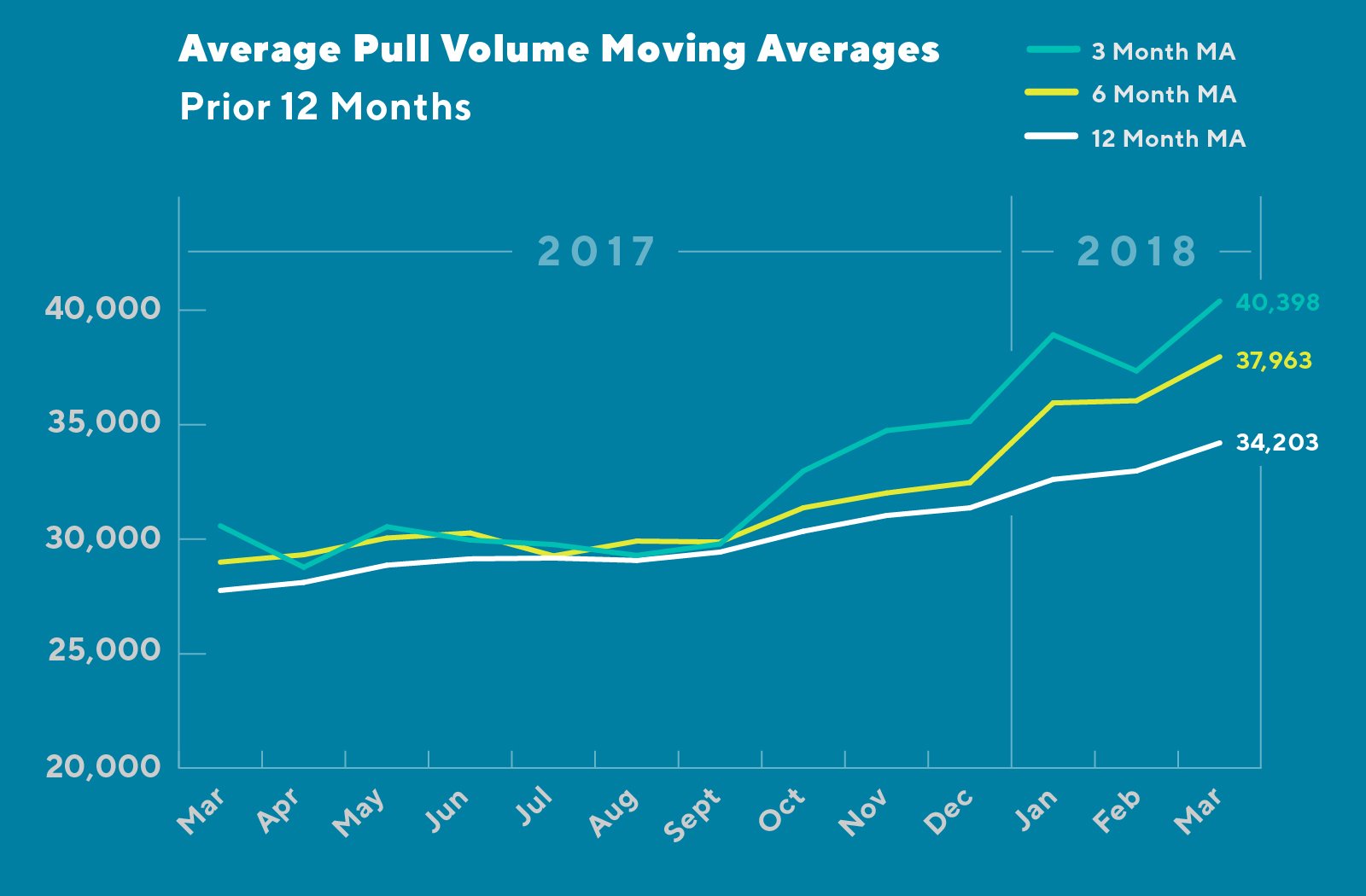