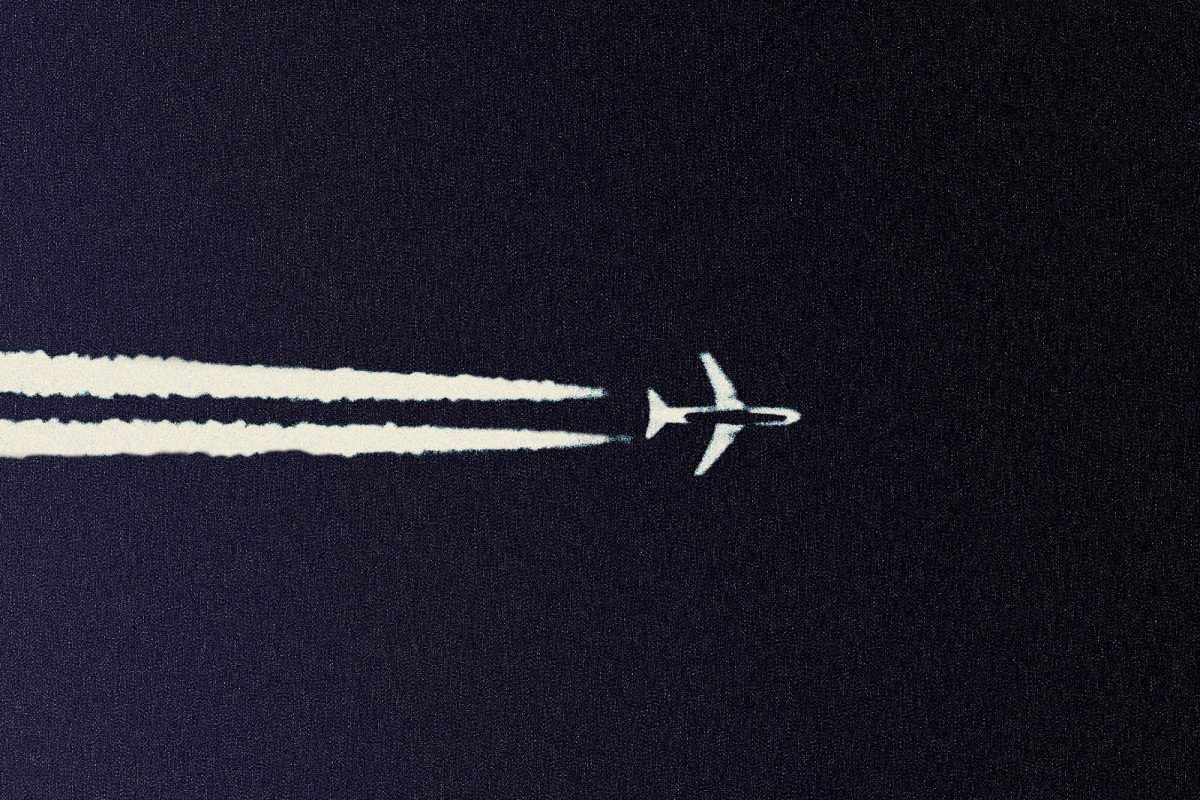 The providers at Whitney M. Young, Jr. Health Services and Koinonia Primary Care, both long time Hixny members, are always on the lookout for innovative ways to care for the community’s most vulnerable populations. With the move to value-based care challenging all healthcare organizations to re-evaluate the way they use information, Hixny chose Whitney M. Young and Koinonia to test integrating clinical alerts around hypertension and diabetes patients into their workflows.

The two facilities have plenty in common. Both serve underprivileged populations that include people who often have the most fragmented care and are the most likely to suffer harm in the absence of excellent communication among their providers. Whitney M. Young is a federally qualified health center, while about 80 percent of Koinonia’s active patients are on Medicaid or Medicare. Beyond those similarities, both Richard Haldeman, RPA-C, a physician’s assistant in adult medicine at Whitney M. Young, and Dr. Bob Paeglow, Physician at Koinonia, said hypertension and diabetes are the most common conditions they treat.

Leaders at both organizations agreed to test new clinical alerts generated by Hixny. These alerts go beyond the traditional notifications triggered when an individual visits the emergency department or experiences another type of acute event. Instead, they draw from each patient’s information in the hypertension and diabetes registries Hixny developed over the past two years—funded by a population health grant from the New York State Department of Health (NYSDOH). The alerts are only sent when the system determines that information in the patient’s record requires provider action. For example, a provider receives an alert when a patient displays signs of pre-diabetes or has a blood pressure reading that indicates his or her hypertension is no longer controlled. Identifying these patients early can prevent more serious and expensive outcomes, such as heart attack, stroke and complications from diabetes.

“We wanted to make sure that every single alert was something the provider could act on,” said Martha McGuirk, Hixny Account Manager. “If a provider receives 35 alerts a day, they’re going to become noise. But if they get three a day, they’ll know they have to be prepared to act accordingly.”

Providers receive the new alerts through the Hixny Individual Care Manager (ICM), a mobile application that promotes communication among the members of a patient’s “virtual care team,” such as specialists and primary care providers.

A provider receives an alert when a patient displays signs of pre-diabetes or has a bloodpressure reading that indicates his or her hypertension is no longer controlled.

As for Adetona, she was always conscious of her performance, using claims data from insurers to monitor her progress and making corrections she thought would improve the care she provided. And yet, when CDPHP approached her about the EPC program, she was wary. 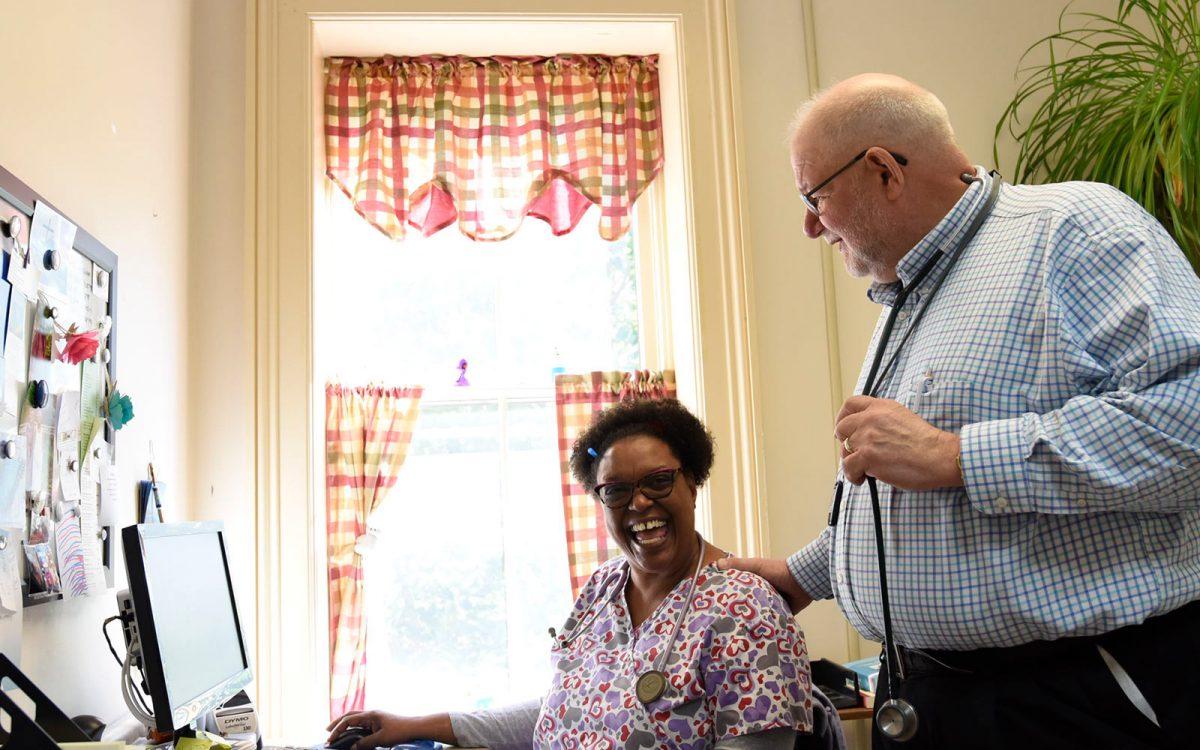 Haldeman was excited by the opportunity to put Hixny’s innovative analytics to use in clinical medicine. “We knew when Hixny started to create their data warehouse that the next step would be analytics, and then analytics that would support proactive patient care. When this pilot was presented, it was really exciting for all of us who had seen this goal developing over the past few years.”

That included Ian Brissette, Director of the Bureau of Chronic Disease at the NYSDOH, who said, “I’m interested both in learning whether practices can integrate the alerts into their regular clinical workflow, and whether adoption of the alerts eventually is associated with key measures such as reductions in undiagnosed hypertension, pre-diabetes and diabetes, and increases in hypertension control.”

Koinonia and Whitney M. Young have taken slightly different approaches to integrating the alerts into their workflows.

Paeglow receives the notifications through the ICM on his personal cellphone, so that he can view them in real time and refer cases to a nurse or care coordinator for follow-up, as needed.

“We’re always trying to figure out new and better ways to take care of our population,” he said. “We want to be proactive and intervene before something bad happens, so every little bit of information we can get is very helpful.”

Of the first 15 alerts Paeglow received, nine were for diabetes and six were for hypertension. He shared the alerts’ usefulness in connecting the dots. For example, one patient had a high blood pressure reading at Koinonia and another from a different provider, giving Paeglow the two readings he needed to diagnose hypertension.

“That prompted us to proactively contact that patient and get them in here for treatment when that wouldn’t otherwise happen,” he said. “It’s another piece of the information puzzle that’s really quite helpful. Most care traditionally took place when the patient came into the office. You saw the patient and if you found something, you dealt with it. But there is a whole lot going on out in the community and this allows us to close that loop.”

At Whitney M. Young, Haldeman receives the alerts on a tablet in his office. He evaluates them first by looking at both the center’s electronic health record system and the Hixny provider portal. For example, if, from that information, he concludes that the patient is diabetic, he makes a note in the patient’s chart and sends it to the center’s registered dietitian and nutritionist, who can then review the case in more detail and take any necessary action. If the patient is hypertensive, Haldeman informs a care coordinator.

Of the alerts Haldeman received in the first six months, he concluded that 62 percent were actionable, requiring immediate follow-up appointments, lab results or having a care coordinator identify barriers to patients taking the proper medication.

In one case, an alert flagged a patient’s A1C blood sugar level at 10.4 percent, well above the 5.7 percent that is considered normal. The patient actually had several elevated blood sugar levels dating back to 2015, but no diagnosis on record. Haldeman’s team took immediate action, creating a “virtual encounter” to allow for the recording of the diagnosis of diabetes and the initiation of proper treatment.

Haldeman said that when diabetes goes untreated for two years, damage from the disease process begins. This includes subtle changes in vision and kidney function, of which the patient may be unaware until some permanent damage has occurred. He said a patient with undiagnosed and uncontrolled diabetes also is at higher risk for heart attack or stroke.

“The alerts are making us more efficient, because we’re not waiting for reports to come from specialists’ offices or emergency rooms. We’re getting real-time notification if something’s wrong,” Haldeman said. “I think as the alert triggers are refined, we’ll see continued improvement in efficiency.”

Richard Haldeman, RPA-C, and a physician’s assistant at Whitney M. Young in Albany, work with patients to monitor hypertension and diabetes to improve outcomes.

The pilot was conducted in conjunction with the Albany County Department of Health. And, although only two locations took part, Hixny plans to make the new alerts available to other providers in the coming year.

Haldeman would encourage his peers to integrate the alerts into their workflow. “When you see what this can do for your practice—overall improving and controlling chronic diseases—I think it becomes huge.”

Brissette said Hixny’s development of system-based alerts and registries offers the significant advantage of using a single platform to facilitate improvements across multiple practice sites. “The reach obtained from using a common infrastructure has the potential to improve care within an entire community population.”

He’s also excited by a related technology Hixny has developed alongside the alerts, which enables researchers to log in and access same-day regional prevalence rates for hypertension and diabetes—an ability he said would provide a critical data source to health departments and hospitals developing community health improvement plans.

Haldeman agreed that taking public health data and turning it into information, which then leads to action, will improve population health in the region. “I think there’s a huge universe that’s going to open up as this develops, eliminating a lot of lag time and allowing for that collaboration between data collection and data analysis and then putting it all to work with the patient. It’s very exciting.”